What is Nihon Buyo? Characteristics and the histories of 5 major schools

Nihon Buyo is a form of traditional Japanese dance.

Although it can sometimes have an unfortunate image of being old-fashioned or elitism, Nihon-buyo used to be a popular activity among ordinary girls in urban areas. Until around 1960s, there were Nihon Buyo classes everywhere. In fact, in those days, learning Nihon Buyo was much more common than going to ballet schools nowadays.

So, what is Nihon Buyo?

When and how it started?

Also, people often talk about different schools of Nihon Buyo, but does each school have its own characteristic and history?

What is Nihon Buyo?

It is often said that the very first dance in Japan was performed by a goddess called Ame-no-uzume. According to the Japanese mythology, the world was once saved by the dance of this goddess.

One time, the sun goddess got angry and she hid herself in the cave. As a result, the world lost the sunshine, and went into the darkness. The cave entrance was closed by the sun goddess, and no other god could open it.

Then, Ame-no-uzume came up, and danced in front of the cave entrance. All the good gods gathered to spectate. They applauded and cheered loudly trying to tempt the sun goddess to come out to see what was going on. It was a successful tactic, and the goddess of the sun persuaded to come out. As soon as she reappeared, the world is lit up by the sunshine once again.   But of course, this mythological story is not the real beginning of Nihon Buyo.

Nihon Buyo was created in the 17th century.

Initially, it started as a musical show with dancing presented by women, but the government of that time decided that female performers are against the public moral, and soon banned women from Kabuki stage.

However, even after the ban from public theatres, some female dancers were invited to perform Kabuki dance at the salon of ladies of the shogunate castle. Then, these dancers were asked by wealthy merchants to teach dance to themselves and their families. It became a popular past-time among merchant class people to copy the dance movements of their favourite Kabuki actors.

This was the real beginning of Nihon Buyo.

In the 19th century, many parents started to send their daughters to Nihon Buyo lessons, so that they could learn the graceful movements. The number of Nihon Buyo teachers was boosted, and various different schools were formed. Since then, it has been a norm for almost every Nihon Buyo dancer to belong to a particular school. When a school accredit its dancer with having reached certain level, it allows the dancer to use a stage name which carries the name of the school. This system is called Natori, which literally means “got a name”. Some names, especially the names of school heads are passed down from masters to apprentices.

Some schools were founded few hundred years ago. Others are much newer. It is said that there are more than 200 schools at the present day.

Some of the most well-known schools

Hanayagi School was founded by Jyusuke Hanayagi I. In his childhood, Jyusuke started to learn Nihon Buyo as a pupil of Senzo Nishikawa IV, who was the head of Nishikawa School then. When he grew up, Jyusuke tried to be a Kabuki actor, and took an apprenticeship under Danjyuro Ichikawa VII, who was the top Kabuki star of that time. But he gave up his acting career because of a family reason, and decided to concentrate on dancing.

He choreographed many Kabuki stages with his mentor, Senzo. However, after the death of Senzo, he was expelled from the school by his rivals. Then he moved his base to Yoshiwara, where geishas were performing music and dance at banquets thrown by clients of courtesans. After a while, he was sponsored by a dominant figure of Yoshiwara called Sansaburo Tamaya, and resumed his job as a choreographer at Kabuki theatres. “Hanayagi” was the pseudonym of Tamaya which he used in his poetry. Tamaya suggested his protege Jyusuke to use this name in his choreographer career. This is said to be the start of Hanayagi School.

His successor, Jyusuke II also did lots of choreography works for Kabuki dance.

However, at the end of the Second World War, the School started to take some distance between Kabuki, and has been concentrating on raising their own dancers since then. Hanayagi School has become a well organised establishment. Their choreographies are systematically defined to fine details. As a school of Nihon Buyo, it is the biggest organisation.

The collaboration between Kabuki and Fujima School has 300 years old history.

Their dance movements are known to be dynamic rather than delicate, which is well-suited for a large theatrical stage.

The current head of the school is Kanjyuro Fujima VIII.

The school was founded by Kanbei Fujima. He is from the village called “Fujima”, and he decided to use the name of the village as his pseudonym when he became a Kabuki choreographer in Edo, the current Tokyo.

His name and the position as a head of school were inherited by his successors, some of whom were women. One of them was Kanbei VIII. Because she did not have anyone to take over her, the school was left in the hand of her adopted son, Kanjyuro I. Some of the successors of Kanjyuro I were also women, but the current head, Kanjyuro VIII is a son of Kanjyuro VII.

Many of the past school heads were renowned choreographers for Kabuki. The current head, Kanjyuro VIII, choreographs lots of Kabuki dances too, and he gives dance lessons to many young Kabuki actors.

The school have several subdivisions. The biggest one is lead by Kenemon. The first Kanemon was the apprentice of Kanjyuro I.

Kanemon I and Kanemon II both gave up on acting and became full-time choreographers, but Kanemon III and his successors have all been Kabuki actors as well as Nihon Buyo masters. The current head of Kanemon family is Kanemon VI, who is also known by another stage name of Shyoroku Onoe III as a Kabuki actor.

There are other subdivisions including Murasaki group and Monzaburo goup, which also have strong links to Kabuki.

The first head of Wakayagi School, Jyudo Wakayagi was a pupil of Hanayagi Jyusuke I. He did some choreography works for Kabuki, but expelled by Hanayagi School after some disagreement with Jyusuke I.

After he founded his own school, he cut the connection with Kabuki and concentrates on teaching female dancers including geishas. Since then, the school has been valuing the delicate refined movements.

When the third head was appointed, a breakaway called Seiha Wakayagi was founded. As the result, the school was divided into two, and later several further subdivisions were formed. However, if all the groups carrying the name of Wakayagi are added up, it is a large school as a whole.

Seiha Wakayagi is against the conventional school system of Nihon Buyo, which is effectively a family business. Instead, they introduced the committee driven system, and they have grown some famous dancers.

The original Wakayagi School moved its base from Tokyo to Kyoto. They established a close association with Miyakawa-cho district in Kyoto, where there are lots of Geiko and Maiko are presenting dance in tea houses. However, the current head of the school is renowned for dynamic and masculine Kabuki style dance. Also, the school has some dance masters who choreograph the dance stages of famous kabuki actors in the style of Kamigata (the region including Osaka and Kyoto).

Nishikawa School is proud of its prestige as an oldest school whose history goes back to the 17th century.

The founder, Senzo Nishikawa I, was originally a musician for Kabuki production who later turned to be a choreographer. Successive heads have created numerous popular kabuki dances, including “Sagi Musume”, “Seki no to” and “Kanjincho”.

The current Head, Senzo X founded the Nihon Buyo Foundation, with the aim of preserving the heritage of Nihon Buyo and passing it down to the next generations. In their activities, dancers of different schools are collaborating. They promote Nihon Buyo to the wider population with various activities including children’s workshops and performances abroad.

One of the biggest subdivisions of Nishikawa School is Nagoya Nishikawa.

Its founder Koisaburo Nishikawa I was a Kabuki actor, but he was also a pupil of Senzo IV. When he moved to Nagoya, his master gave him an approval to build his own independent group there.

The current head of Nagoya Nishikawa is Ukon Nishikawa. With the collaboration with sports scientists, he has developed an exercise regime for training deep muscles by incorporating some movements of Nihon Buyo.

Bando School is led by the family of Kabuki actor who carries the stage name of Mitsugoro Bando. Naturally, the characteristic of Kabuki is most visible in this school.

Because the head of the school is always a Kabuki actor in this school, the element of “acting” has been valued in their dance. Among the successive heads, there are some key figures in the history of Kabuki. Some of the most famous Kabuki dance pieces were premiered by them.

The founder of the school is Mitsugoro III. He could play various characters by dancing as well as acting. In a certain performance, he could dance a set of completely different characters with quick changes on the stage. The extracts of such sets became independent pieces such as “Shiokumi”, “Gannin Bozu” and “Kairashi” which are very popular nowadays.

Mitsugoro VII was also a superb dancer, and he was even referred as “the god of the dance”. His successors were also excellent dancers as well as good actors. Mitsugoro X who passed away in 2015 at the age of 59, was well praised for his dance skill since the early age. His collaboration with his best friend and fellow actor Kanzaburo Nakamura XVIII created some legendary dance performances. Kanzaburo XVIII also died in 2012 at the age of 57, and their premature deaths were saddened by many fans of Kabuki and Nihon Buyo.

The current head of the school is a young actor called Minosuke Bando, who is a son of Mitsugoro X and is expected to inherit the stage name of his father one day.

We had a quick look of five major schools, and there are also a number of other schools.

However, when you decide to take a dance lesson, perhaps what counts most is not necessarily the characteristic and the history of each school, but a teacher you could admire and respect. 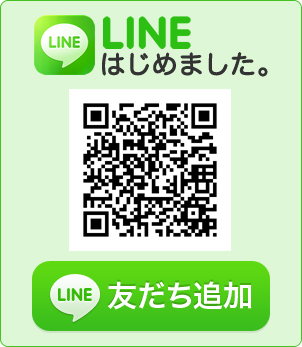